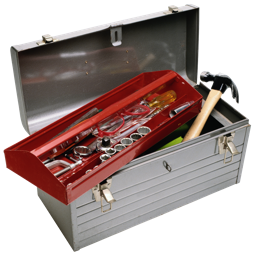 Every morning I witness people surviving the ravages of chronic unemployment. Job opportunities may never come along for many of our guests who face severe mental illness and depression. A middle-aged man holds back tears as he explains to our volunteers that his wife left him because he recently lost another job. A young runaway teen stresses about his survival as he explains to me that his foster brother sexually abused him. An elderly man just arrived in town from another city hoping to break his three-year streak of unemployment.

Our staff and volunteers become acutely aware that we cannot change people’s situations or fix the circumstances of others’ lives. There are no quick and easy solutions to long-term joblessness. People come to our parish Hospitality Center worn down from the heartbreak of unemployment and the loss of personal dignity. When people lose their jobs so many also lose their honor for life, self-worth and a sense of personal identity.

I also hear from many friends and neighbors that if homeless people just got jobs they would not need our handouts. Unfortunately, finding meaningful employment is not that easy, especially for people who suffer various forms of mental illness, long-term addictions and years of being homeless. Even after finding employment many people struggle to find the self-respect and courage to persist in their work. Finding work with dignity is an even greater challenge.

From people’s stories of unemployment, I also understand Brother Andre’s honor and devotion to Saint Joseph, the patron saint of all workers. Saint Joseph quietly worked as a simple laborer to support his family, Mary and Jesus. He worked in the shadows of Jesus, being a dedicated father and supporter of the mission of Jesus in the world. Brother Andre lived out Joseph’s dedication to work, realizing that there was no task too small if done for the purpose of being close to Christ Jesus. Andre swept floors, cut hair, ran errands for the sick, and welcomed the stranger. Brother Andre realized that it was not the job that gave him identity, but the fact that simple chores enabled him to constantly pray even while working many hours.

Saint Joseph, pray for us. We pray for people unable to provide for themselves. We work being grateful of our abilities no matter our talents or occupations. We pray for the dignity of all who labor and for all who seek employment. We pray for daily bread for all people as we honor Saint Joseph.